What’s important to note is that “Exposure Notifications” technology is not a substitute for traditional contact tracing and the new tool simply minimizes privacy concerns.

“Both companies are firmly grounded in the fact that it’s another tool at the disposal of public health authorities PHAs — not a silver bullet,” said Apple and Google in a joint statement.

What exactly are Exposure Notifications

So, if not contact tracing then what are these Exposure notifications? Apple and Google explain them as alerts that people can receive on their phones notifying them if they are exposed to someone who has tested positive for or is highly likely to have COVID-19.

They use random Bluetooth identifiers that indicate proximity and protect people’s privacy (no GPS or location data). Public health authorities decide how the notifications will be triggered, what next steps to advise, and how to reach exposed individuals for further contact tracing and containment initiatives, it added.

The reason Apple and Google have come together is due to the differences in the iOS and Android ecosystem, contact tracing apps that rely on Bluetooth may not work properly. “Apple iPhones and Android phones won’t be able to detect each other easily. Contact tracing apps will be unstable and drain battery life quickly. The proliferation of different apps and systems will make it hard to do contact tracing across the country or regional/state borders,” it said.

Addressing privacy concerns, both Google and Apple said that users will have to choose to turn on exposure notifications — and can turn it off at any time. “The system doesn’t collect or use device location, including for users who report positive. Users decide whether they want to report a positive diagnosis. User identities are not known to other users, Google, or Apple. Matching for exposure notifications is only done on-device, under the user’s control. The system is only used for exposure notifications by official public health authorities and isn’t monetized,” explained both the tech giants.

Google and Apple also said that the exposure notification system will be removed on a regional basis when no longer needed. 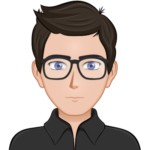 You may have missed

4 things you need to teach your kids by example

How to Wear Make-Up With a Face Mask

5 ways you can beat tired eyes

5 ways you can look young with make-up